In the furthest corner of the hall at the SMPTE conference held this Fall in Los Angeles was a gigantic screen displaying motion images. It was light-emitting, as opposed to a projected image, and produced by a prominent manufacturer in China, Central China Display Laboratories, Ltd., known in that country for its giant outdoor video displays. But this was no ordinary video wall: it was presenting polarized 3D images. Polarized 3D glasses were required to view it. CCDL is turning its eyes towards indoor applications.

CCDL’s 3D screen is LED based. Polarized 3D is achieved using two horizontal rows of LEDs for each horizontal row of image. Each horizontal row has an optical retarder (also known as a waveplate) overlay, whose properties allow light to pass having a particular plane of vibration, resulting in differently polarized light for each row. One can see the double row of LEDs per horizontal row of picture in the image below, a close-up shot of the CCDL 3D screen. (The image is of the lower half of a young woman’s face. The blur is due to the superposition of left/right images.) 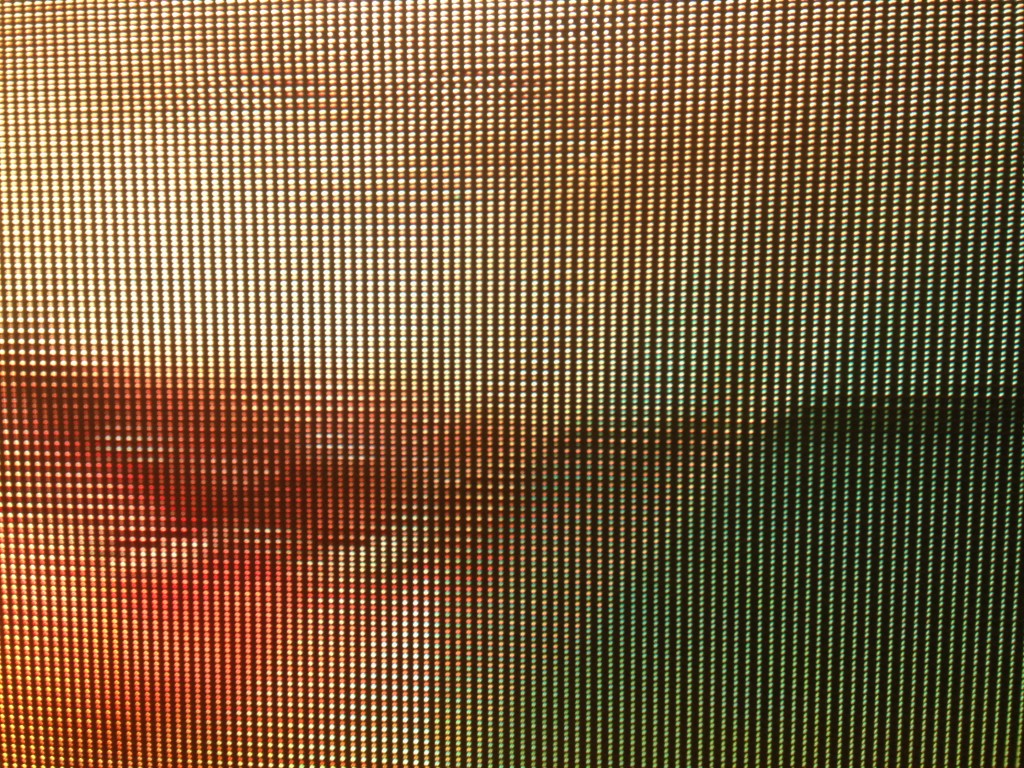 Dual rows of LEDs per horizontal row of image, each row depicting left or right image.

The process is not the most efficient in terms of light, but it does lead to the use of the cheapest glasses possible. LEDs generally produce unpolarized light, indicating that the optical retarders will absorb at least 50% of the available light by allowing only one plane of polarized light to pass. The impact on brightness is much like that of 3D LCD polarizing panels, which also absorb light when placed in front of a projector lens. However, unlike digital cinema projectors, the 3D LED screens produced by CCDL can generate around 800 nits of light, or 230 Ft-L. Considering that cinema HDR applications are seeking to produce around 30 ft-L peaks, there’s plenty of light power to overcome 3D inefficiencies.

Light emitting screens have both advantages and disadvantages. Besides the obvious elimination of keystone issues and concern for projector placement, a unique advantage of light emitting displays is the ability to achieve deep black levels, a capability that is not possible with present-day digital cinema projectors. This feature alone could become a driver for this technology should HDR become popular. In addition, the viewing angle can be very wide, over 100 degrees, providing uniform lighting across the screen. A disadvantage of light emitting screens is the heat that emanates from the screen. All of the energy expended to produce light occurs at the screen itself, and not at the projector, requiring redeployment of the HVAC system, with the potential to introduce noise into the auditorium. Sound buffs will quickly recognize that screen sound poses a considerable challenge, as acoustical transparency is not a feature of this technology, as evidenced by the rear panel view below. 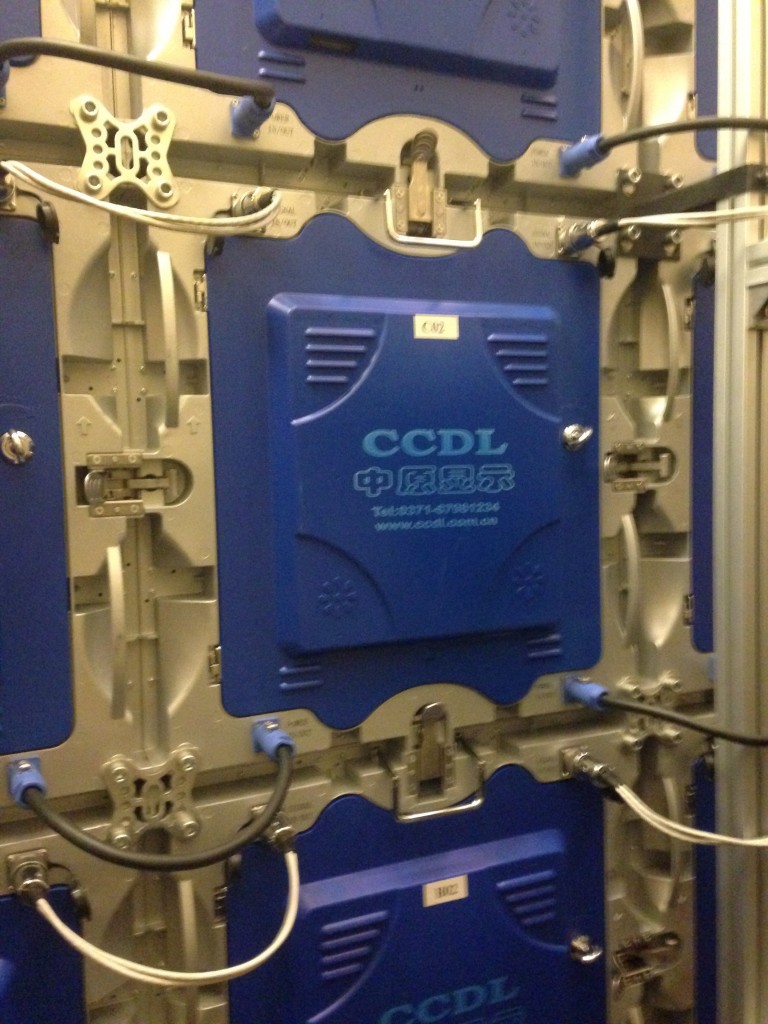 Some issues are not so obvious, such as screen resolution. While exhibitors deploy 2K and 4K projectors on screens of various dimensions, light emitting screens come in fixed resolution per meter. Image processing would scale the image to the screen, certainly not a consideration of the DCI specification.

All of this discussion might indicate that the CCDL screen is ready for cinema use. However, be assured that this is not the case. The LED spacing of the screen in the SMPTE showroom required viewing from many screen heights away, not the 1-2 screen height minimum that would be necessary for cinema. CCDL says they can achieve a pixel pitch of 5mm, which theoretically is suitable for 4K images on a 20.5 meter-wide screen (67.6 feet), or 2K images on a 10.25 meter-wide screen (33.8 feet). However, the tiny spot size of the LEDs belies these calculations, making the pixels more visible than numbers alone will reveal.

Cost is not a trivial factor. CCDL indicated that a 10mm screen designed for an opera house cost approximately $6,500 per square meter. If this cost were to also apply to a 4K screen of 20.5m wide, the total cost would be in the order of $2M. But consider that this is for a screen capable of emitting 7.5 times the illuminance needed for HDR display. Presumably, the high cost of this screen is commensurate with the high light power that it is designed to deliver. Lower light levels suitable for indoor cinema applications will allow different types of light emitting display techniques to be applied. With the ongoing race to achieve low cost high-resolution displays for home entertainment, it may be more suitable to borrow from these technologies for cinema use, than from displays originally designed for use outdoors, leading to much lower costs. When considering that a laser projector capable of delivering HDR could also cost upwards of $2M, it gives one pause to think that maybe there’s something here to explore.