Last year Infocomm impressed with the advancements in direct LED wall displays. There is a lot to like. Very high resolution, wide color gamut, saturated colors, deep blacks, high peak whites, and high dynamic range are qualities that can be difficult with projectors but come easily to this technology. This year’s Infocomm indicated that more is on the way.

The challenges to be overcome by direct LED displays for cinema operation are distinctly different from that of projectors. LED displays are constructed as panels, which are then mounted in an array to the aspect ratio of the final display. Seams must be invisible at seating distance, if not closer, requiring precision mounting. Front-mounted panels require magnetically operated mounting hardware to avoid visible mounting holes. Panels must be color matched, which requires electronic alignment. In addition to all of this, the video signal and display drivers must securely accommodate at least 14 bits per primary. This last requirement is one that will undoubtedly require more development effort. Power consumption can also be an issue, although display manufacturers consider cinema to be a low power environment, as the requirement for peak white level will be substantially below that of the typical non-cinema installation. 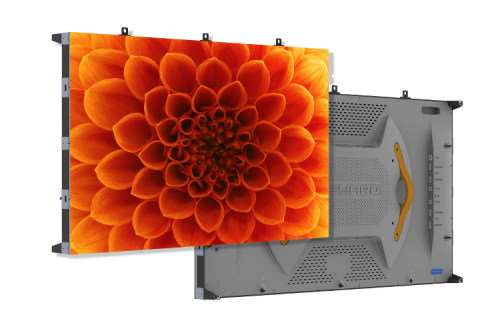 Technology providers are starting to pay attention. They raise the issue of DCI in conversation. Their engineers are starting to ask questions about security and bit depth. They clearly have the cinema market in sight, and have received enough interest to know that they don’t have to have everything right to engage in a trial installation.

Last year’s show highlighted manufacturers Silicon Core and Planar. Late last year, Beijing-based Leyard Optoelectronic completed its purchase of Planar, with the company’s new owners at the show this year, displaying its latest in sub millimeter spaced LED panels. But the new entrant and star of this year’s show was Sony. Sony demonstrated a stunning direct LED wall, approximately 9-10 meters wide, with about half the height needed of a scope image. Panel alignment was physically and color-wise perfect. The pixel density was more than enough to insure 4K. In fact, it was difficult to see evidence of pixels, let alone panel seams, thanks to an innovation from Sony that optically obscures the spacing of the LEDs. At first glance one would not have believed it to be a direct LED display. But seeing is believing. The photo below was taken at about 2 meters from the display. The panel will not be shipped back to Japan, but instead installed in Sony’s California studio lot for further study. 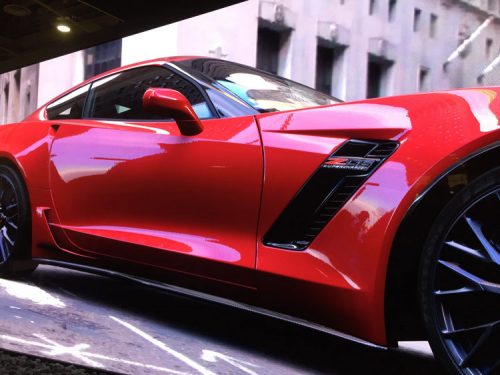 Last on the list of challenges is cost. Displays such as Sony’s are prototypes, so it’s easy to banter around 7 figure numbers when discussing cost. Even with a mature product, a PLF-sized screen could easily rack up a 7 figure cost figure. But PLF screens would be the last application where this technology will emerge, if only due to cost. Smaller boutique auditoriums would seem to be more attractive, again for cost reasons, but also to keep the scale of the installation down while building experience in the cinema application.

Direct LED displays may not be ready for wide installation today, but they are quickly reaching the point where trial installations can begin. It remains possible that in 3-4 years these displays will find their way into HDR cinema.